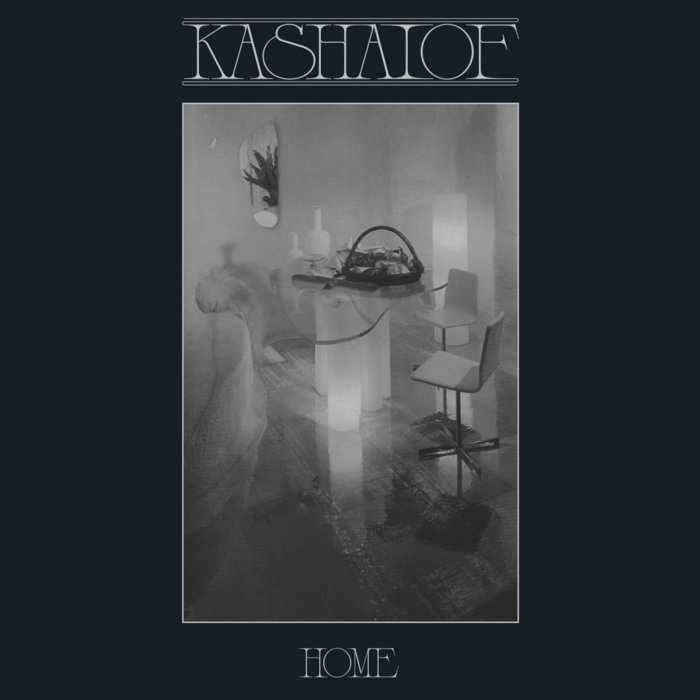 As members of the cultural powerhouse ‘Studio Straus’ the two are no strangers to extremities. Named after an archaic local electronic components store, the name ‘Kashaiof’ (כשיוף) is also a phonetic echo of the Hebrew word ‘Kishoof’ (כישוף) meaning ‘spell’, a practice the enigmatic duo take to heart and mind as they conjure up technology, magick, nostalgia and primordial/futuristic sonics into their slew of plasmic artillery.

In ‘Home’, Kashaiof present their debut, a true isolationist audible nightmare. The album, with 5 titles conceptualised over mundane, everyday objects; depicts a barren scene at first; seemingly devoid of distancing altercations, akin to the danish film movement 'Dogma' - it shares a similar starkness, an aridity that broods deep inside a transgressive infrastructure, working it's way earnestly towards the upcoming melodrama at hand.

Stirring things up with ‘A Vase’, the opener is a bewildering affair - hellish pitched-down vocals bare an ominous narrative which accompanied with a faintly piercing drone lay down an almost baroque-like pulse that in turn welcomes a lush, cinematic lament into it's milieu of troublesome angularity.

‘A Sofa’ acts almost as a palette cleanser for it's first minute, with it's patient and spacious revolt against the stifling opener, just up until the dirge-like bass guitar and reverberating piano introduce us to a malevolent plethora of paranoia and decay, amplifying the physical/humane distress even further until ‘A Closet’ creeps up to finish the job - cascades of metallic shards that bring to mind the dance of bloody blades, an almost crystalline presence of calming implosion, a rebirth...

‘A Chair’ is a rude awakening, a realisation that we have emerged beyond our earthly boundaries, an electro-acoustic attempt to restrict our gleeful descent into oblivion, where we are met with ‘A Sink’, the culmination of the ritual, the resurrection of one's self amidst all we've lost and are doomed to lose again, and again.

This is Power Romantics! Hear it bleed!

Experimental/electronic/noise/synth/wave record label releasing cassettes, CDs and vinyl for over a decade with a focus on art and artistry. The drive to develop an exciting and diverse roster of artists is an integral part of the label.

Bandcamp Daily  your guide to the world of Bandcamp

MF DOOM is given his flowers, plus appearances from MC Jada Imani and Stanley Ipkuss